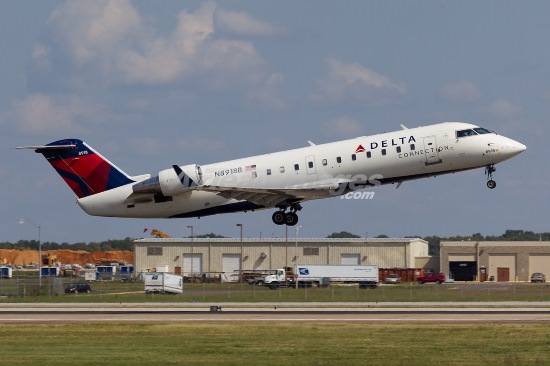 Chris Oot, Tech Ops Systems Support Business Manager, and Robert Gatzke, Aircraft Maintenance Programs tell Endeavor Air’s story of consolidating an assortment of MRO systems into one
In this article we hope to give readers a flavor of the trials and challenges involved when transitioning a number of aircraft from one MRO system to another; in our case, Aerosoft’s PMI (Purchasing, Maintenance and Inventory) system.
ENDEAVOR AIR
The airline is a wholly owned subsidiary of Delta Airlines flying as Delta Connection with a fleet of Bombardier CRJ-900 and CRJ-200 aircraft. Endeavor Air is a significant business operating 565 flights a day with 3,700 employees and with nine maintenance bases in the mid-West, North East and mid-South of the USA.
HISTORY – MULTIPLE MRO SYSTEMS
The airline’s history embraces a number of airlines including one, Mesaba, whose own history reaches back to 1944. But, in more recent times, a number of corporate acquisitions and mergers have created Endeavor Air within Delta from several legacy regional carriers. The challenges that these mergers generated would be familiar to anyone working in a merged, acquired or acquiring business but, in this case, with the additional complicating factor that, with these various regional airlines came a number of different MRO systems and associated different business processes. Figure 1 illustrates the cumulative challenges that come with multiple systems all aiming to achieve the same ends but by different routes and processes. 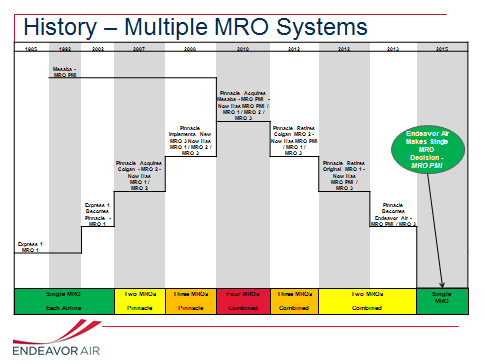 Starting on the left, in the period 1985 to 2002 there was a simple situation. Then, moving through time to 2007 things became more complicated with the inclusion of a second MRO system and a third one in 2008. The acquisition of Mesaba Aviation in 2010 meant that there were then four MRO systems working in the business (albeit, in some cases, in different airlines but with the intention to bring them together) which meant a great deal of complexity within the engineering organization. In 2012, two of the four systems were retired leaving just two systems in two component airlines. However, at this time, the two airlines were merging, which resulted in operating two distinct airlines under one FAA approved Operating Certificate, making for yet more complexity. It was a difficult situation.

In 2015, Endeavor Air made the decision to move to a single MRO system and selected Aerosoft’s PMI because the airline knew the system well, it was stable, had significant growth potential and the airline owned it. The effort involved was considerable with the task to transition 41 aircraft (Endeavor’s operating Bombardier CRJ-200 fleet) from their then current MRO system into PMI within six months. The actual transition cutovers for all 41 aircraft were accomplished within a two-month window.

Operating multiple MRO systems in one airline is very difficult. Readers probably don’t need us to tell them that, but it was what underpinned the challenge at Endeavor Air. It was challenging for the maintenance crew and for the Planning Department; it was an all-round unsatisfactory situation that happens when airlines merge. To leverage the best value from future MRO opportunities, it is best to be working from a stable position in the first place. The first challenge is the transition itself – during any change or development, it is still necessary to maintain an operational environment, the airline needed to continue to fly passengers.

Over some years, Endeavor Air and its component airlines had worked with multiple MRO systems. The systems were markedly different resulting in significant challenges in terms of corporate continuity with people that could not readily be moved between systems. It is also hard in this industry to change people.

Endeavor Air had operated the current fleet of CRJ-900s within the PMI system for many years. In the long run, this experience in PMI was a real asset because during the corporate move of Pinnacle to Endeavor and the accompanying physical move from Memphis to Minneapolis, a lot of expertise was lost when many people did not make the move. This meant that the new system was starting with a new team but in an environment where Endeavor already had experience. Much of the Engineering Department, planning groups and even the maintenance groups were already using the PMI system.

At one point, Endeavor considered moving to another MRO system but it was concluded that effort would take a great deal time and expense to develop and the airline needed to get into a one MRO situation sooner rather than later. Having made that decision to go with PMI, the first step was to upgrade the version of the PMI System software (version 4.06-4.08). The airline went through the version upgrade, not a complete PMI MRO change. This effort did not entail a data migration but was more like going from Windows 7 to Windows 10. All the data remained the same making it very easy to audit the data and ensure that it went over from the previous version to the current version. Working with AeroSoft, the upgrade was accomplished seamlessly and efficiently. During the upgrade, Endeavor also had the backing of Delta IT, the Endeavor IT group and the support of PMI AS400 platform. An onsite rep from AeroSoft helped us through the version upgrade.

The software solution was upgraded to the latest version. This was initially performed in a test environment, which will be familiar to most readers. This is one area of the overall effort where the vendor really assisted the airline in understanding what it had and how the whole system would fit together after the upgrade. After the upgrade, step one was to establish a ‘perfect aircraft’ inside the system as a baseline for content and for a template to be created. Fortunately, one of the previous sibling airlines had been using the system for CRJ-200 support in the past, so an existing ‘perfect aircraft’ that was already in the system was leveraged.

After the data was extracted from the donor system, Endeavor worked with AeroSoft to establish loadable templates such as parts inventory, aircraft configuration, positions for components, etc. Tools, such as Excel and an Access database, were used to assist in data preparation. These templates enabled Endeavor to transition an aircraft every night. At any given point, Endeavor Air had eight people totally dedicated to the project, which included one maintenance person, one quality control person, a tech records person and a parts inventory person. There were also the IT Department representatives and an onsite rep for the PMI AS400 platform.

‘Time apply’ is arguably one of the most critical parts of data processing after the data has been moved because the transitioning aircraft were operational; therefore the data was dynamic. This required multiple data sources in both MRO systems to be kept synchronized for as long as a week until that aircraft was fully transitioned. These data included flight logs, part changes, task completions and defects. Additionally, the overall process required a ‘catch up’ of data on the night of the aircraft’s transition cutover.

After Endeavor had uploaded the data using the templates and programs that AeroSoft had provided, they had to ‘catch up’ with each aircraft’s current state to ensure that any changes (defects, task accomplishments, part changes, etc.) that had occurred during the transition were now captured and incorporated in the system. It’s not difficult as long as the first part is properly completed.

The next part was that the migrated data had to be audited. For this project, audits were conducted at various points in the process. This is a part of the overall process where people can underestimate the amount of work that will be needed not only to transfer the data but then to audit all of it. In this project, it was necessary to audit approximately 1 million data points across the breadth of the entire project.

There were also Job Cards to be considered. Endeavor uses Adobe FrameMaker to create and manage Job Cards. For this project, the airline created more than 1,200 Job Cards formatted in FrameMaker using tech data from Bombardier which was then customized with Job Card data from the previous MRO Task Cards. Once this work was completed, the cards were audited and finally uploaded to the Job Card Server. 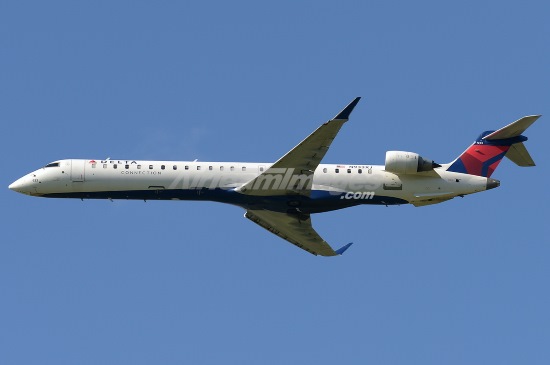 As with any project, whatever Endeavor might have known before the transition, the airline knew a great deal more after the event from the lessons that were learned as a result of the efforts covered above. Here is a selection of what was learned.

WHERE WE ARE TODAY

Endeavor is currently in MRO PMI version 4.08 for revenue operating aircraft while stored aircraft still reside in a separate MRO system. As aircraft are removed from LTS (Long-Term Storage), they are transitioned into PMI. The airline is exploring a future move into MRO PMI for all aircraft. At the same time, the airline is developing and improving the Endeavor Air PMI User Guide and improving the PMI System training – recurrent PMI training has been established for Maintenance, Stores and QC (Quality Control) Receiving personnel. There is a program to communicate between end users and AeroSoft to improve users’ system knowledge and the functionality of the system. AeroSoft customer support was timely and effective throughout.

Having now completed the heavy lift of the main transitions to the unified MRO system; Endeavor can look forward and start to plan what it can do in the future to leverage the opportunities now available. The airline is looking to enhancements to the system such as adding EFLIP to PMI. Other plans include WebPMI, DigiDOC and an Accounts Payable interface as well as an interface with Bombardier Advanced Diagnostics (the airline already enjoy ChronicX capabilities).

As with any development like this, Endeavor Air will not be standing still but will continue to use the new capabilities and functionalities of its unified MRO solution to enhance current processes and inform future developments. 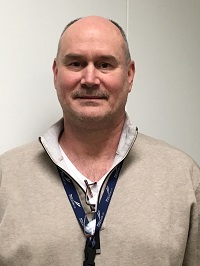 Chris Oot
Chris Oot is the Tech Ops Systems Support Business Manager for Endeavor Air based in Minneapolis, Minnesota and responsible for all business support as related to the Aircraft Maintenance Computer System (AMCS) PMI (AeroSoft) and other related AMCS platforms. During more than thirty-three years in aviation, Chris has held numerous senior leadership positions within various airlines including 14 CFR 119.65 Director of Maintenance position at two large US regional airlines. He is a certified Airframe & Powerplant Technician with significant AMT experience and has been intimately involved in six AMCS implementations during his career. 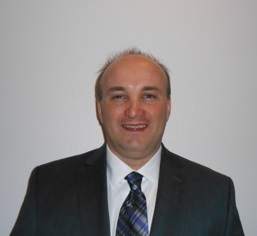 Bob Gatzke
Bob Gatzke is the Aircraft Maintenance Computer System Support Specialist at Endeavor Air and responsible for implementing, updating and maintaining the Technical Operations maintenance computer system for Bombardier CRJ-200 and 900 aircraft. During 27 years in aviation, Bob has been a member of the Maintenance Programs, Quality Control, and Production level Line / hangar Maintenance groups. He served 10 years in the US Navy on fixed and rotary wing aircraft. His aviation experience includes MRO aircraft heavy check maintenance.

Endeavor Air
Endeavor Air is a wholly owned subsidiary of Delta Air Lines. Flying as Delta Connection, it operates regional jets on 850 daily flights to more than 100 cities in the United States and Canada. The Headquarters is located in Minneapolis, MN, with hub operations located in Detroit, MI, Minneapolis, MN, and New York, NY.
The business operates 209 aircraft and employs approximately thirty-seven hundred people throughout the mid-West, mid-South and Northeast United States.

AeroSoft Systems
AeroSoft Systems focuses on customers and projects its domain knowledge through its solutions, implementation processes and on-going support which results in favorable business outcomes. The firm’s 30 airline active customers’ cumulative fleet of 900 aircraft has been managed using AeroSoft solutions anywhere from 3 to 22 years. The products and services include more than 300 customer years and 10,200 aircraft-years… unsurpassed by any other best of breed M&E system or vendor.