Albuquerque, NM, USA – December 12, 2017 – Following the successful deployment of the all new iPad based Electronic Logbook (ELB) from Ultramain Systems on its A330 fleet in November, Hong Kong based Cathay Pacific Airways, a member of the Swire Group, has received operational approval from Hong Kong’s aviation authority (HK CAD) to operate ELB mobile on its Airbus A350 fleet.

Tim Hau, Head of Transform Projects for Engineering, said, “We received the A350 Operational Approval less than a month after the first A330 iPad ELB began operations which reflects the robustness of the design, that delivers a connected solution able to be rapidly implemented. We are seeing immediate benefits, not only from enhanced textual data capturing but also enriched data with the supplement of photos.”

“The A330 fleet go-live was our first use of the new iPad based ELB v2 software and users say the usability is not only next generation, it has skipped a generation.” We began using ULTRAMAIN® ELB v1 in 2014 on our 777s and then on our Airbus A350 fleet in a Class 2 (installed) configuration from first delivery in May 2016.  At the time it was well received by flight, cabin and maintenance crews with its mobile cabin devices, but with popularity and ease of deployment of v2 we have elected to retrofit the application on our A350 fleet as well as the rest of our fleet of 190 aircraft.”

Electronic Logbook software replaces the longstanding airline industry paper technical logs, which have been used by airlines since the dawn of aviation.  Aviation regulations require the aircraft captain to record all defects in the aircraft’s technical log if they could impact safety of flight.  Electronic Logbook software is a new technology that replaces the traditional paper log and which allows a shift to real-time information capture using iPads and other mobile devices.  ELB use eliminates errors and delays associated with transcribing paper log entries, provides immediate maintenance awareness of defects and deferrals, and enforces more accurate coding of defects for improved reliability analysis.  Ultramain is a long standing supporter of  ELB industry standards groups and is well placed to integrate defect information with any existing airline Maintenance and Engineering system.

According to the FAA an ELB must be “as reliable and available as the paper.”  Mr. Hau said, “ULTRAMAIN ELB certainly passes that test, but it goes well beyond that.  Line stations immediately become aware of accurately reported defects for inbound aircraft even if the aircraft is many hours away.  This allows maintenance crews time to investigate and prepare maintenance actions well in advance of aircraft arrival. Real-time global visibility is the key to avoiding delays and cancellations.”


“Cathay continues to lead the industry in exploiting new technology for greater reliability, improved customer service, and increased safety,” said Mark McCausland, President of Ultramain Systems.  “As a long standing Ultramain Systems customer, Cathay demonstrates what can be achieved when you employ the vision of Simple-Mobile-Paperless to safety-critical inherently complex operations environments.” 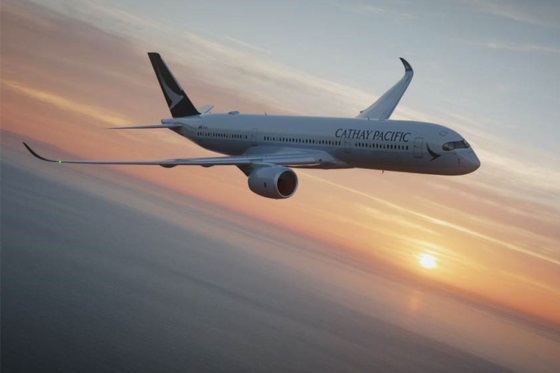