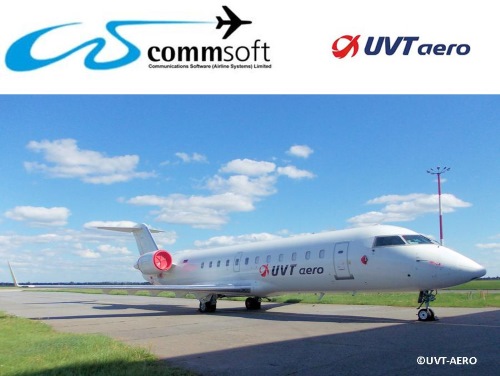 World leader in aviation engineering and maintenance systems, Commsoft, is delighted to announce that start-up Russian airline, JSC UVT AERO, a user of its MRO IT system, OASES, was awarded its Air Operator Certificate (AOC) on 8 July by the Federal Transport Agency of the Ministry of Transport for the Russian Federation. The regional airline is based in Bugulma and Kazan in the Republic of Tatarstan, Russia.

The airline has signed a 10 concurrent users, five-year contract with Commsoft to use its flagship MRO solution for scheduled and charter passenger operations. Earlier this week, it announced the expansion of its service to take in six cities in Russia, including the region of Crimea.

JSC UVT AERO’s fleet of eight Bombadier CRJ-200 regional airliners have already all been implemented in OASES. They are now undertaking a series of scheduled domestic flights between Bugulma and Moscow Domodedovo and Kazan and Moscow Vnukovo, as well as between Kazan and St. Petersburg, Sochi and the Crimean capital of Simferopol.

“The start of a new airline is always exciting news and the AOC award is an excellent achievement for JSC UVT AERO. We are delighted that the new airline can now begin scheduled flights within Russia and proud that it has chosen to implement OASES across its fleet. We look forward to working closely with JSC UVT AERO, and to watching the airline grow from strength to strength.”