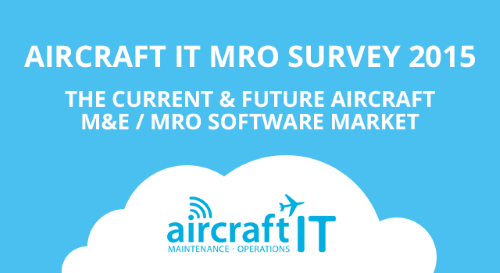 Find out the 2015 Survey results

Thank you and congratulations

At Aircraft IT, we pride ourselves on the quality of information that readers can access in the white papers from expert vendors in MRO IT, and the peer group case studies; from which those approaching a decision can incorporate the real life experience of people who have already gone through a similar process. But we also like to keep abreast with views of what is happening in the market. To that end, the Aircraft IT annual survey tackles a topical issue of the day to discover what those who have to do the job of running an airline or aircraft operator think about a subject. This year, the survey looked at MRO IT and asked the broadest questions of all about this fast growing (in size and importance) area of running a commercial aviation business. 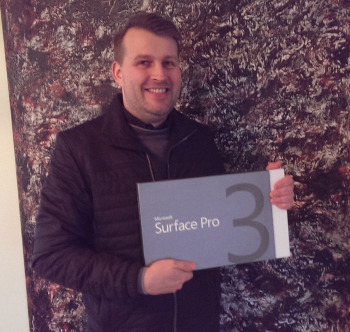 This year’s Aircraft IT survey considered attitudes towards solutions and systems used throughout the industry to manage the increasingly demanding business of aircraft maintenance and engineering, and maintenance, repair and overhaul (M&E / MRO). In the January-February 2015 issue we invited readers to complete a questionnaire. The Aircraft IT MRO Survey 2015 was conducted online by Aircraft IT between the 7th and 23rd January 2015 and generated 415 completed questionnaires. Aircraft IT collected and compiled the results and Brilliant Truth completed the Data visualisation. So right at the outset we’d like to thank all those who took the trouble to respond and add their experience to the overall results. Also, respondents to the survey were entered into a draw with the chance to win a Microsoft Surface Pro 3 and we’re especially pleased to congratulate the winner in that draw; Eirikur Blumenstein, Airworthiness Manager, Air Iceland. Well done Eirikur and we hope that the device serves you well.

Eirikur Blumenstein, Airworthiness Manager, Air Iceland with the Microsoft Surface Pro 3  that he won in the Aircraft IT annual Software  Survey Draw 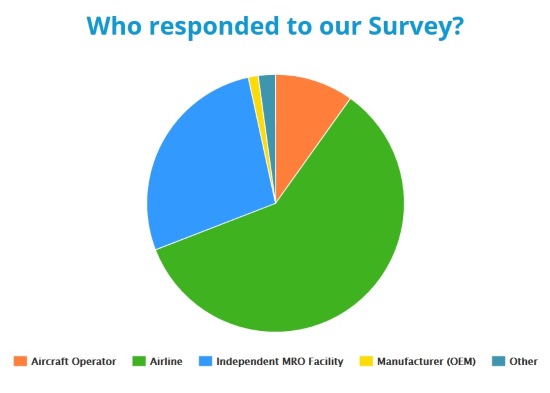 Given the complexity and regulatory responsibility concerning everything about commercial aviation and especially M&E / MRO, it is perhaps not surprising that, of those respondents who don’t have an M&E / MRO solution in place, 70 per cent are currently considering purchasing or developing a solution. Among the reasons offered as to why they had not yet done so, cost and insufficient manpower and/or expertise were cited as the major reasons. So, perhaps IT consultancies in the sector need to make clearer to potential IT solution users  how they can help with the specification and selection stages while the solution providers have a job to do to explain the extent to which they can support potential customers through the whole process to Go-Live.

That said, across the survey, 70% of companies surveyed have been using M&E / MRO IT for more than five years and 6 per cent are currently in the throes of implementing a solution. Perhaps of more interest would be that 18 per cent of companies who responded to the survey are considering replacing their current software in the next two years.

47 per cent of companies surveyed have over 500 IT users while 19% have less than 50 users. Given the variations in corporate size across the sector this might not be too surprising and indicates the extent to which IT is no longer just an enabler for other functions in the business but has grown into the heart that is driving all of these other functions.

And it will come as no surprise to regular readers of Aircraft IT that the two developments expected to be of greatest importance over the next two years are mobile computing and paperless maintenance systems.

The first thing that we wanted to know was whether the respondent’s company uses M&E / MRO software to manage their aircraft maintenance? Nearly 90 per cent do with just 10.5% still using Excel and Access to do that job. Just over half (51.5%) of respondents use one centralized MRO IT vendor with a little over a quarter (25.6%) using varied vendors and 12.3% using systems that were built in house. That suggests that there might not be too many MRO organizations who are uninitiated in the ways of IT and that there is a degree of brand loyalty or, at least, reluctance to switch vendors.

Following on from that, we wanted to know for those respondents whose company doesn’t have an M&E / MRO IT software solution, what are the major reasons for that? The variations were not great with the largest group of these respondents (23.6%) citing cost as the main reason. Also, perhaps a little more concerning, 18.1% reported that it was simply not a priority for senior management and a similar number (20.8%) felt that they had insufficient manpower or expertise to undertake such a project while 17.6% reported issues with gathering and processing MRO data. Another group (19.9%) of those who don’t have M&E / MRO software felt that their current system works well enough. 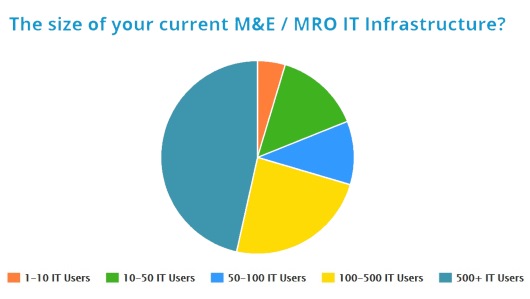 For all respondents, we wanted to know the size of their current IT infrastructure and it was, perhaps, a sign of the times and the importance of IT for today’s organizations that nearly half (46.5%) have more than 500 people using M&E / MRO IT. Added to that, a further quarter (23.9%) have between 100 and 500 IT users  with 10.6% between 50 and 100 and 14.3% between 10 and 50. Just 4.7% have less than ten IT users. Of course, much of this variation is likely to reflect relative sizes of the respondent organizations. 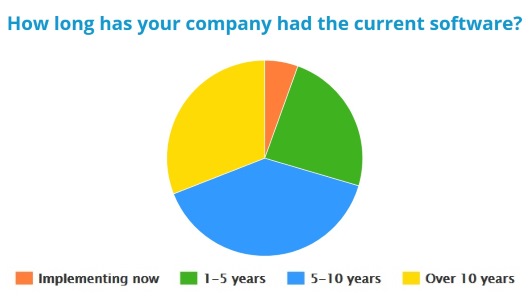 Whatever software is being used, we next wanted to establish how long people have been using it? Just under one third (30.9%) have been using their current software package for more than ten years while 39.5 per cent have been using their solution for five to 10 years. For well over two thirds of respondents, IT is an established component in their M&E / MRO organization and process. Nearly a quarter of respondents (24.1%) have been using their current software for between one and five years while the remainder (5.5%) are in the process of implementing a solution now. IT is clearly a well-established part of any M&E / MRO business which, given the complexity of modern aircraft and regulations, should not come as a surprise. It would seem that, for most M&E / MRO organization, the decision is not whether to use IT but rather which solution can best match their requirements and whether to opt for the relative comfort of staying with the vendor who knows them well or the perceived potential for disruption in moving to a new software solution.

Given those ‘somewhat dissatisfied’ and ‘very dissatisfied’ numbers, its perhaps no surprise that, in response to our question whether respondents’ companies were considering replacing their current software, 8.3% responded that was likely in the next year while a further 10.3% thought it would be likely in one to two years. Nearly a quarter of respondents (22.8%) felt that they would be changing at some point in the future but could not define that at this stage while 19.3% didn’t really know, at this stage, whether they would be likely to change. The largest single group, 39.3% have no current plans to change their software. This may fit well with the previous findings with companies either taking the ‘Devil we know’ approach or with vendors developing their software to accommodate the latest developments and requirements of the sector. That said, a combined group amounting to 41.4% (see above) are planning to change either within the next two years or at some undefined time in the future.

The big future
Whether or not a business is planning to change its software solution in the foreseeable future will depend on a number of factors. Many of those will be internal as the organization grows and, possibly, the fleet expands to handle increasing volumes of work over a growing route network. There will also be the consideration of next generation aircraft entering the fleet and of current generation aircraft upgraded to the latest digital standards; plus, for some time to come, a legacy fleet of aircraft from the previous generation. There will also be imperatives driven by corporate developments such as mergers and acquisitions or the need for MRO IT to be able to work with other solutions in the enterprise in an increasingly integrated IT environment. But some of the need for change will also be driven by the opportunities opened up by developments in the sector itself.

With this in mind, our final question of the survey was to ask what respondents saw as the important developments in M&E / MRO IT over the next few years and, in this, respondents were able to offer multiple answers so the figures do not add up to 100 per cent. The two most anticipated developments, cited by 27.2% and 26.7% of respondents respectively, were mobile computing and paperless maintenance systems. This would certainly be borne out by the levels of interest across the sector, in both topics of which we at Aircraft IT have been aware. Another development expected by nearly a fifth (19.4%) of respondents is RFID while just 12.6% expect bring your own device to be an important development in the next few years. Not many less (11.3%) anticipate seeing wearable computing progress in the next few years. Only 2.9% foresee no developments at all – they might be of the opinion that most of the developments citied are already here in one form or another.

Conclusion
The range of responses to the survey suggest that most people in MRO are thinking about IT in one way or another and that IT is well established as an integral component in the MRO process. There are certainly plenty of developments expected in the near future and readers will be able to keep up those developments as they happen and any new developments that arise by going to Aircraft IT MRO website or reading the Aircraft IT MRO eJournal.