Connected Aircraft: No More A Flight of Fancy

Connected Aircraft: No More A Flight of Fancy 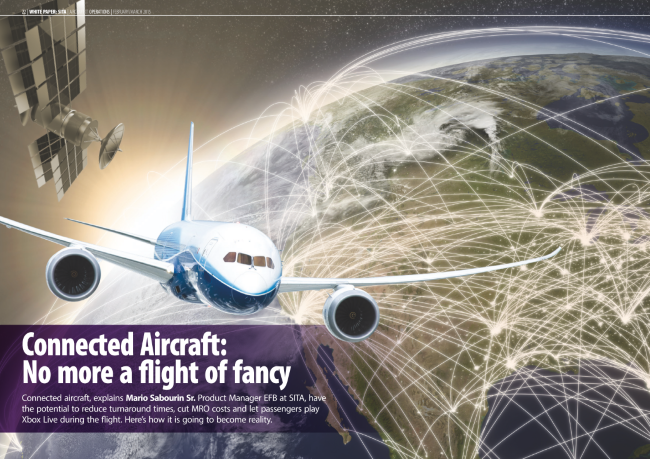 What if your passengers could stream videos or hold conference calls during a flight? Or your cabin crew could validate credit card transaction in real-time, reducing the level of fraud? What if maintenance staff at your outstations already knew which parts needed repairing before the aircraft landed..? or pilots could receive real-time weather reports from aircraft flying ahead of them? To be fair, some of this can already be done with low bandwidth systems in place today, but what if passengers, pilots and cabin crew could all be doing their individual things simultaneously? It would provide passengers with a richer infotainment and interactive experience, boost aircraft utilization, enhance safety and increase operational efficiency.
The vision of truly connected aircraft has been talked about for a long time, but it is only over the next few years that the pieces of the puzzle will be sufficiently mature to transform the vision into a realistic proposition.
Next generation aircraft
Today, there are only around 300 new generation aircraft in service, equipped with advanced sensor technology and connectivity capabilities. But over the next decade this will increase rapidly to over 10,000 aircraft, including the Airbus A350 and Boeing B787 Dreamliner. By 2022, approximately 35% of the global fleet will effectively be flying data centers.
Insight paper
Each of these new generation aircraft has the potential to generate a huge amount of data every flight with estimates suggesting as much as several terabytes on a single transatlantic trip. The ability to process this data in real-time, both in the aircraft and on the ground, is going to open up a wide array of new applications.
Consumer trends
Another defining trend is the increasing expectation of passengers to have access to the same mobile experience in the air that they get on the ground. In many cases that means unlimited downloading and a growing expectation of free Wi-Fi similar to what they receive in coffee shops, restaurants and at many airports. As well as that, the gradual loosening of regulatory restrictions on the use of personal electronic devices (PEDs) during take-off and landing is further raising passenger expectations. Altogether, it is putting airlines under tremendous pressure to make high-speed, in-flight connectivity a standard feature of the flying experience.
Broadband satellite connectivity
Currently, most ground communication with aircraft takes place with satellites using the radio frequency L-band. It is both expensive and has low bandwidth making it unsuitable for large numbers of passengers to surf the web or for communicating the huge data sets produced by the latest generation of aircraft.
However, a number of new generation satellite technologies are due to come on-stream in the next few years that will transform the availability and cost of in-flight communications. It is eagerly anticipated, with 73% of airlines expecting to have on-board connectivity by the end of 2017, according to SITA’s latest Airline IT Trends Survey. 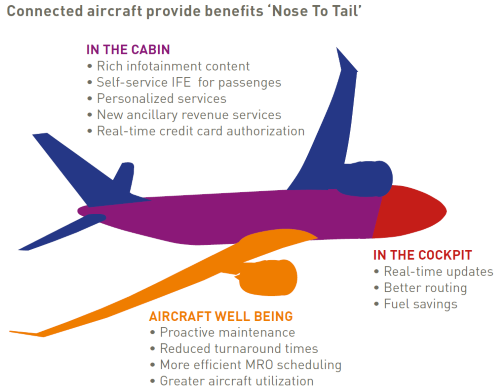 Each airline, aircraft manufacturer and OEM will need to ensure they eliminate the risk of uploading viruses or malware when they transfer data from back-end systems to the aircraft. There are already moves to mitigate the threat, with efforts to segregate the passenger, crew and maintenance networks, as well as deploy other isolation techniques already common on military aircraft. A major advantage of a common approach will be to ensure the highest security standards can be implemented across the global fleet and make oversight of that security far easier than dealing with hundreds of different airlines.

The introduction of new generation aircraft and retrofitting of older aircraft over the next decade provides a compelling value proposition for fully integrating them into the airline’s ground IT infrastructure. It will bring a step change in process efficiencies from routing to maintenance to turnaround and open the door for new value-added services that will become as critical for generating ancillary revenues as the airline website.

However, airlines are only just beginning to wake up to the full implications and potential of continuous data exchange with the aircraft in flight and on the ground. It requires significant cost considerations and changes to the processes and IT environment around the aircraft. Not least will be ensuring secure, reliable and affordable IP connectivity in-flight and at each touch point on a global route network.

De-risking these challenges can best be performed at the industry level through best practices and shared infrastructure. Those that successfully overcome the obstacles and execute their aircraft digitalization strategy will create competitive advantage by maximizing aircraft availability and improving the passenger experience. 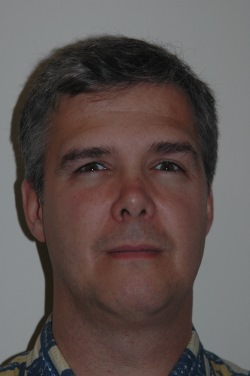 About the Company
SITA