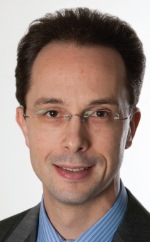 Francesco Violante, CEO of SITA, said: “During his five year tenure
leading OnAir, which became SITAONAIR in January of this year, Ian has
grown the Company and positioned it as a leading provider of
nose-to-tail connected aircraft solutions.  I would like to thank Ian
for his hard work and dedication and wish him the best in the next phase
of his career.”

David Lavorel joined SITA in 2000 holding pivotal roles as Head of the
France Telecom Partnership management and as Vice President Mergers and
Acquisitions before being appointed as Senior Vice President for
Corporate Development and CEO office in 2012. In this role, David has
been instrumental in driving the development and execution of SITA’s
growth ambitions through a number of strategic programs and
acquisitions. This includes his leading role in the development of SITA’s 2020 Vision and Strategy, the strategic evolution of OnAir as a fully owned subsidiary of the SITA Group three years ago and his leadership driving SITA’s connected aircraft strategy
which led to the creation of SITAONAIR earlier this year. He has deep
knowledge of the OnAir business to which he has directly contributed in
recent years as a Board Director of OnAir.

Violante continued: “Under David’s leadership, SITAONAIR will
continue its strategic focus on growing revenues and helping airlines
realize the full potential of the connected aircraft. He is well
positioned to lead the organization in its next phase of growth and we
wish him much success in this new role.”