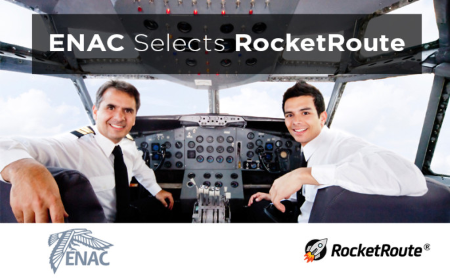 ENAC was founded in 1949 in Paris-Orly, moving to Toulouse in 1968 and merging with the SEFA (Service d’Exploitation de la Formation Aéronautique) on January 1, 2011. The Ecole Nationale de l’Aviation Civile (ENAC) is a unique example : it is the only aviation-oriented university in France, operating from eight locations around the country. It offers about 25 courses, including aerospace engineers, technicians, Masters, Mastères Spécialisés, airline pilots, air traffic controllers, managers and flight instructors.

Laure Gelminger, ENAC: “RocketRoute will allow us to save time in flight preparation and allow crews to be more independent. Our instruction pilots are required to file multiple flight plans per day. The iPad application and website are very efficient and very fast to file, remove and modify a flight plan. The reception of ACK by SMS is a real operational tool.

The software includes various tools for the preparation of flights that will allow a significant time savings: providing NOTAM, weather and weight and balance”

Steven Morgan, Global Sales Manager for RocketRoute said “We look forward to supporting ENAC and teaching the next generation of pilots to use our state of the art system. The versatility of our service will allow ENAC to use RocketRoute for all aspects  of their flight planning, both IFR and VFR, whilst reducing their reliance on out-dated systems and the cumbersome support they often require. We are delighted to be associated with such an august institution.”